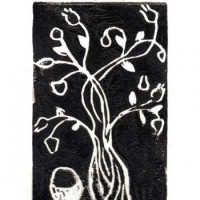 Our sixth annual “DIYine: A Celebration of Homebrewing” is coming up on Saturday, March 17th, 6-10pm at the MAH. A benefit for the Fruit Tree Project, the event includes tastings of all manner of homemade wines, beers, meads, and soft drinks, as well as hors d’ouevres , live music, and a silent auction. See our event page for more details and to buy tickets. Below is the menu for the evening.

India Pale Ale is a special type of pale ale that has high hop bitterness, medium to high hop flavor and aroma, and a higher alcohol content, originally brewed in England for the long trip to India. This IPA is based on Pale, Munich, Cara-Pils and Crystal malts, with Columbus single hops. 4% ABV

A dark rich malt-forward beer, with flavors of dates, figs, raisins, and spices like pepper and clove, and moderate bitterness.

Stout is a dark beer made using roasted malt or roasted barley, traditionally a generic term for the strongest (our stoutest) porters. This brew is light-bodied and smooth, with all the flavor of an imperial stout. 7% ABV

Ground Breaker is a 100% gluten-free brewery in Portland, crafting a variety of year-round and seasonal ales. After two years of experimenting with different grains and ingredients on a homebrew scale, they landed on recipes using lentils and roasted chestnuts that produce award-winning craft beers. While this is now a production scale brewery, rather than homebrewing, it was an interesting addition to the event we hope might inspire some gluten-free guests to try making their own.

Olallie Ale – Olallie is brewed with blackberries and rose hips and then finished with copious amounts of Crystal hops for a classic Northwest aroma. At the same time Olallie has been kept light and dry with only a hint of bitterness.

Pale Ale – Pale Ale is brewed to be bright and crisp. Dry-hopped with Cascade and Meridian hops to provide a floral aroma with elements of citrus and pine.

Dark Ale – Dark Ale uses very dark, near espresso-like, roasted chestnuts and lentils along with dark Belgian-style candi sugar for a roasty flavor and aroma with notes of chocolate and dark fruits.

IPA No.5 – Brewed with roasted chestnuts, roasted lentils, and Belgian-style candi sugar. Crystal and Santiam hops are used during the boil and for dry-hopping. Crystal hops bring the classic Northwest IPA pine and citrus notes while Santiam adds hints of tropical and stone fruits.

Ginga Ninja Kombucha by Hippie Hooch (Buddy Brew’s kombucha spin-off)
Kombucha is a live-culture carbonated beverage made from sweetened tea, which originated in China. The fermentation is carried out by a symbiotic colony of bacteria and yeast (SCOBY). Ordinarily brewed as a soft drink, with less than 0.5% alcohol, these kombuchas have 2.5% ABV. This batch includes fresh ginger, adding a delicious kick to the mouth. Hiya!

Mojito Kombucha by Hippie Hooch
An unsweetened kombucha, flavored with lime, mint, and a hint of rum. 2.5% ABV

These wines were made with Gizdich Ranch berries. Olallieberry is a cross between the Loganberry and the Youngberry. Grown primarily in California, they’re coveted for their large size and uniquely sweet flavor. Wines include berries, sugar, water, agave nectar, & yeast.

Every year these fruit fanatics ride a bicycle built for two along country roads with long pants, gloves, & pruning shears. The results: purple fingers, and enough fruit to make a little jam and a lovely dry red wine. The berries were mixed with a water, sugar, pectic enzyme, tannin, and yeast nutrient, with a few oak chips and a little xylitol added at the end.

When opportunity knocks, Stacey is ready to make wine out of it. After last year’s Bike to School Day at Santa Cruz High, Stacey combined leftover strawberries with water, sugar, and a little orange juice, acid blend, tannin, & yeast to make strawberry wine.

This wine began with two varieties of yellow plums harvested with the Fruit Tree Project in 2016, mixed with some apricots and a few peaches from the farmers’ market. Mashed fruit was mixed with water, sugar, and wine yeast, and fermented for several days before straining off the solids.

On overload of garden rhubarb was mixed with raisins, water, and sugar plus some tannins and orange zest to create a sweet wine with hints of sherry.

Feijoa, or pineapple guava, abound in our urban landscape and often go unused. These late-season fruits were gathered from friends and Fruit Tree Project events in 2013, and made into jam and wine. People have mixed reactions to the fruit, and equally so to the wine, exclaiming sometimes with glee and sometimes disgust: “It tastes just like the fruit!”

According to the book Making Wild Wines & Meads, “parsley wine is crisp and fresh-tasting, and great for digestion.” When our Italian parsley grew into a vigorous shrub that no amount of drying could put to use, Steve decided to test the recipe, which includes sugar, oranges, lemon juice, cloves, & yeast. The result is a unique wine which is drinkable but definitely bordering on medicinal.

The creep of residential real estate into farmland leads to odd situations. In 2016, Stacey paid to pick Merlot grapes from a remnant of a vineyard now enclosed as part of a gated community in Hollister. Some of the grapes were crushed into a must to make red wine; others were pressed immediately to make this Merl-rosé. Other ingredients used were campden tablets, wine yeast and oak chips.

This unique wine, like many fermentation adventures, did not turn out exactly as intended. Although it was only quite recently that humans learned to identify and isolate specific strains of yeast, modern wine-making takes great care to exclude wild yeasts. In this case some wily microbes got in the mix, leading to a drinkable but decidedly different 2015 California white.

This refreshing offering was made with gleaned backyard apples from a Fruit Tree Project harvest last fall, run through our homemade crusher and press. After pressing the juice, we added yeast, along with tannins and acid for a more complex flavor, and later bottling sugar for carbonation.

After a big Fruit Tree Project apple harvest and cider pressing event in 2014, Steve and Stacey added sugar to some of the juice to make apple wine, along with wine yeast and tannins. The wine still tasted weak, so later they added (homemade) dried apple slices. Although intended as a still wine, one bottle we opened to test it had become pleasantly carbonated.

West Side Pear Cider by Stacey Falls and Steve Schnaar

This sweet pear cider, or perry, was made with gleaned backyard pears, pressed with our pedal- and hand-powered equipment. After extracting the juice, we added yeast, tannins and acid blend. We later sweetened it a little with xylitol.

Juice from a 2014 Fruit Tree Project harvest and cider pressing event was mixed with honey, as well as some sugar (to save money on honey). The outcome is a delightfully rich, sweet, bubbly mead.

This is our flagship traditional mead: just honey, water, and yeast, made with Mendocino forest flower honey. We add oak during the aging process, which gives it the smokiness of a bourbon & the body of a wine, with the beautiful earthy flavor of honey rounding things out. Very approachable and refreshing.

Orange Blossom by The Meadery

A traditional “varietal” mead, using orange blossom honey from Ojai, CA. The bees pollinate orange trees almost exclusively, giving this mead its distinctive citrus character. It begins like the rind of an orange–zesty up front, floral, then bitter like the pith–finishing with a classic honey flavor.

Gravenstein Cyser by The Meadery

This is a style of mead called “cyser”, which mixes honey with apple juice instead of water—in this case fresh-pressed, organic Gravenstein apples. Dry and tart, with a beautiful, rich apple flavor, this mead is great for fans of farmhouse-style ciders.

Sweet Cyser by The Meadery

A sweeter take on cyser, using a blend of organic heirloom apples, with cinnamon, nutmeg, and clove. It drinks like a semi-sweet mulled cider or an aperitif. Great served chilled over ice on a hot day, or in a cocktail, it can be used in Manhattans in place of the sweet vermouth.

Loquats are a very abundant urban fruit that, while popular in Asia, are more-often overlooked and underused here in Santa Cruz. Harvested primarily for its sweet flesh, the large seeds are usually discarded, but in this case were dried and toasted, then soaked in grain alcohol with sugar, vanilla beans, rose petals, & lemon verbena. The seeds impart an almondy but slightly bitter flavor, yielding an amaretto-like liquor which is great for sipping, adding to coffee, or in mixed drinks.

Step up to the bar for this refreshing blend of mixed fruit brandy, rosemary-plum simple syrup, mayer lemon juice, and bitters. Made with gleaned backyard fruit.

Inspired by traditional sweet port wines made from grapes, this ‘port’ was created from plum wine leftover from previous DIYine events. The wines began with plums leftover from Fruit Tree Project harvests, which were too soft and smushy to give away. Some of the original dry wine was transformed into a deliciously sweet-tart dessert wine by adding grain alcohol and sugar.

A light juniper berry soft drink from Bosnia, this simple ferment is made with only the smreka (juniper berries) and water, with wild yeast adding carbonation.

Kefir is a live-culture beverage made from sweetened water or juice, fermented with grain-like colonies of yeast and bacteria. This batch started with kefir grains, water, sugar, raisins, and salt, with other fruits added for flavoring.

Brewed in the UK since at least the mid 18th century, the proud ginger beers of times past have given way to mass-produced sodas whose sickly-sweet sugar or corn syrup flavor is their most prominent feature. This ginger beer pulls no punches, packing a hefty dose of fresh ginger root, with water, sugar, homegrown lemons, & a pinch of cayenne. It was carbonated in the bottle with champagne yeast.

Root beer has its origins in colonial America, in a collection of local brews (some alcoholic, others not) made with a variety of herbs, barks, and roots. This delicious offering includes sarsaparilla, wintergreen, sassafras, licorice, ginger, vanilla, star anise, sugar, and water, with a bit of wine yeast for carbonation.

Lemonade is a classic refreshment known the world over, with many variations. Tonight’s offering utilized abundant local resources here in Santa Cruz, including backyard lemons and garden lavender.