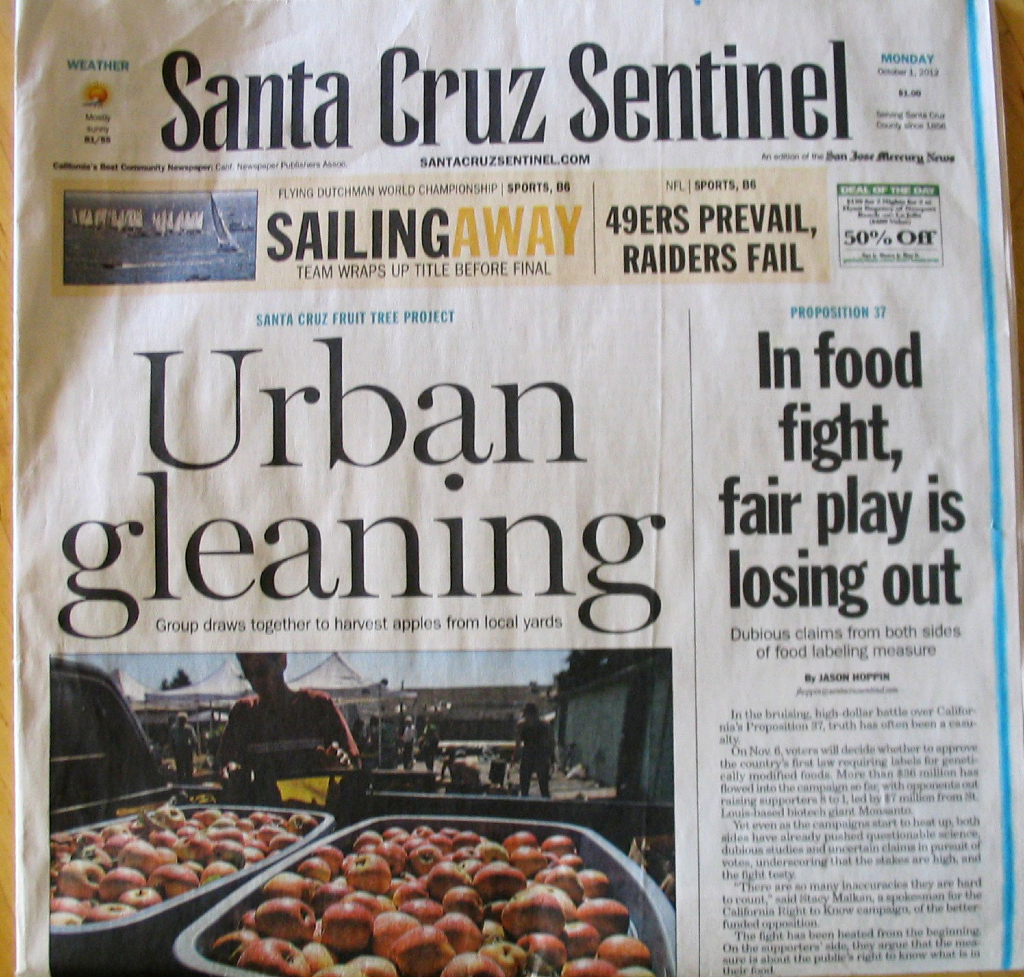 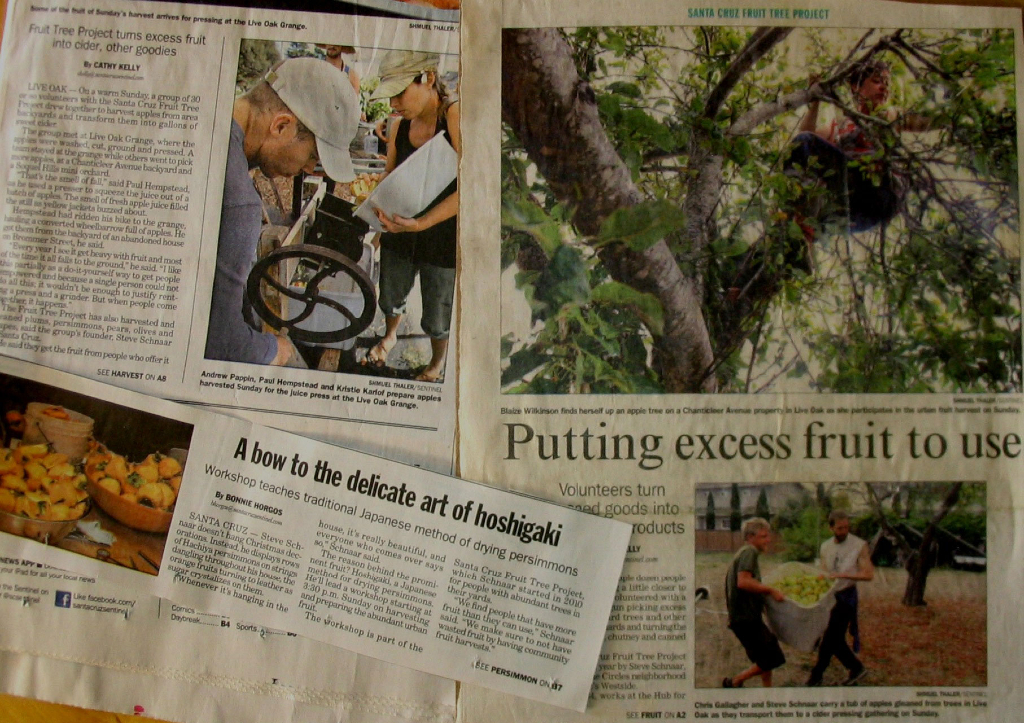 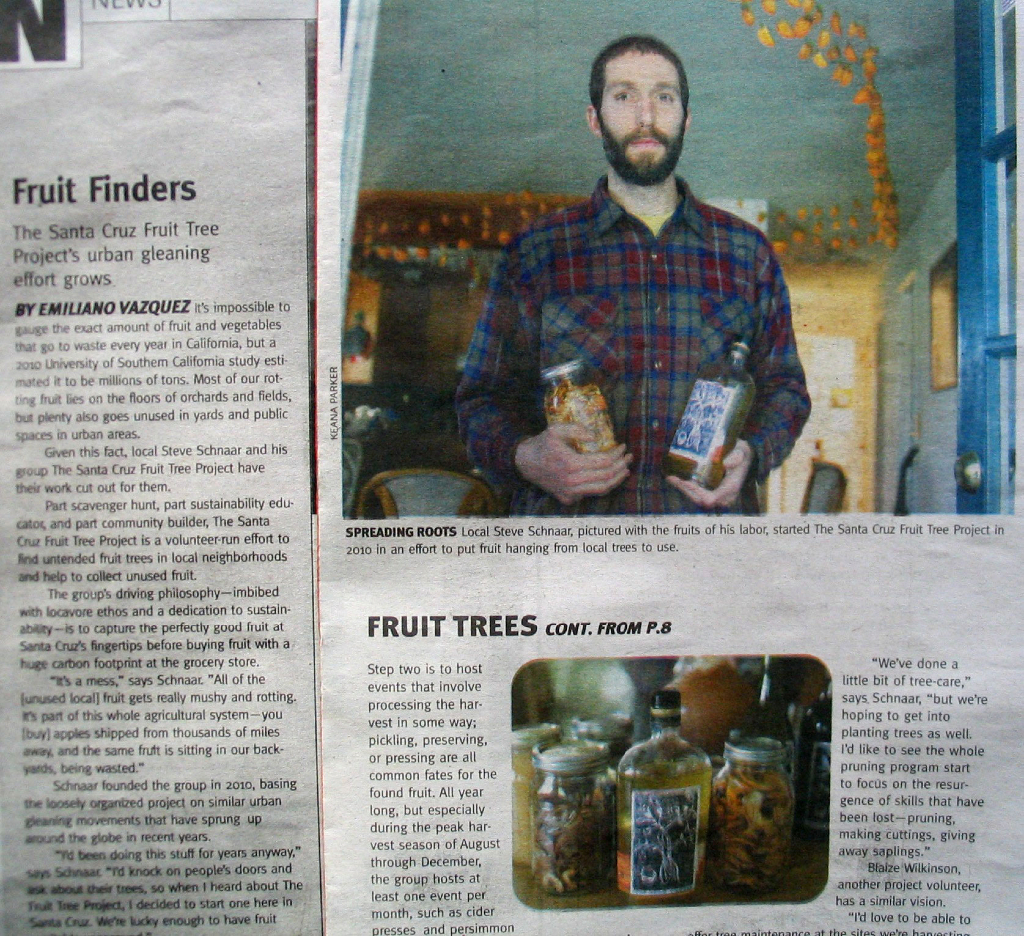 Here are some stories about or featuring the Santa Cruz Fruit Tree Project in the media:

“How to Turn Your Bike Into a Cider Press” –True Magazine, December 2015

“The Gleaners: Advocates Against Hunger and Waste are Revitalizing an Ancient Practice” — Vegetarian Times, September 2014.

“Branching out: Olives pack a flavor punch, and brining or curing your own is simple” — The Santa Cruz Sentinel, 10/30/13

“How Fruit Trees Are Growing Communities” — Shareable online magazine, 8/5/13; later reprinted in the Christian Science Monitor and the Utne Reader